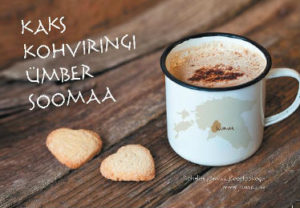 The LINC (Leader Inspired Network Community) conference of 2018 took place in Finland where Pärnu County was officially announced as the organiser of the next conference. Organisers expect about 350 rural life developers from nearly 20 countries at the anniversary conference on 10-13 September 2019.

LINC is an annual meeting of action groups which implement the EU LEADER programme, and was launched in 2010 by Austria in cooperation with Estonia, Finland and Germany. The 2012 conference took place in Tartu, Estonia, the 2018 conference in Rauma, Finland had over 300 delegates from 17 European countries.

The aim of LINC conferences has always been to share experiences of steps taken to improve rural life, and common features include learning about LEADER success stories, finding contacts for implementing new projects, entering into new cooperation agreements and creating a sense of identity through European culinary achievements and sports activities.

Nine study trips will be organised over three days in three counties to visit rural entrepreneurs. The trips include an introduction to Estonian natural heritage and boglands, and success stories supported by theLEADER programme. All delegates are expected to feed back on what they learned so that local entrepreneurs could improve and develop their products and services.

GRP’s name derives from the location of the region in the middle of swamps, rivers and bogs and is described as follows:

Thanks for natural resources in region advanced services and tourism, agriculture and forestry, handicraft and social work. The greatest wealth of the region is its rich environment. The main aim of the association is to promote and support local initiative and development of rural living environment, create and implement local integrated strategy of the region relying on the partnership of three sectors.